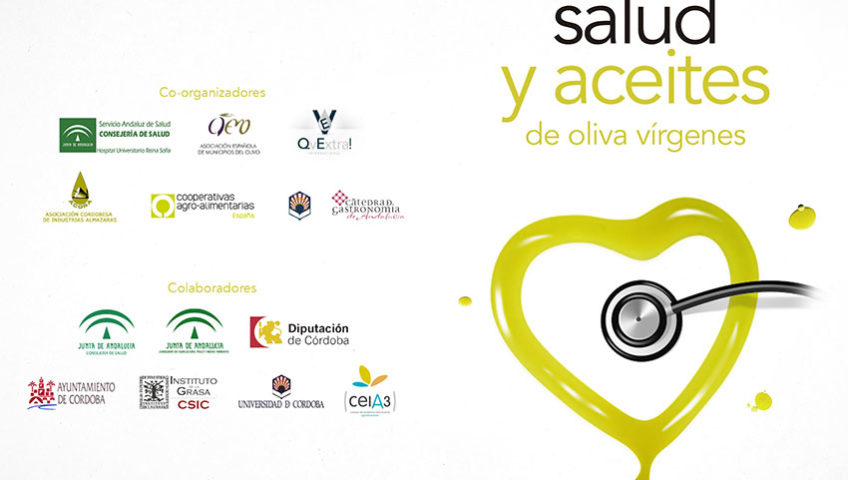 The Assembly Hall of the Provincial Council of Cordoba will host the 1st Conference on Health and Virgin Olive Oil on 3 May, organised by the Regulatory Council of the Baena Protected Designation of Origin, the College of Physicians of Cordoba and the Olive Growing Community Heritage.
This meeting aims to be a reference point among health professionals to address the benefits of consuming virgin olive oil in order to promote an increase in the quality of life of people.

The organising bodies are aware of the important task of disseminating information on quality health, the main objective of which is to contribute to the dissemination of studies that provide knowledge on the appreciated Mediterranean diet and which serve as a starting point for the dissemination of the benefits of the consumption of virgin olive oil among medical professionals in Cordoba as well as in other parts of Spain.

Among others, the conference will be attended by the coordinators of the main research projects on this subject, such as Dr. Estruch (PREDIMED project), Dr. Escrich (GMECM. Olive oil and breast cancer) and Drs. López Miranda and López Segura (CORDIOPREV).

Among the collaborating organizations of this event, the participation of the Spanish Association of Olive Tree Municipalities (AEMO), the Cordovan Association of Oil Mills (ACORA), the Lipids Unit of the Reina Sofía University Hospital, the Chair of Andalusian Gastronomy of the University of Cordoba, the QvExtra Association and food and agriculture cooperatives should be highlighted, forming the Organizing Committee in order to reinforce the realization of the event.

More information and registration at: www.dobaena.com/jornada-salud-aceites-2018.html