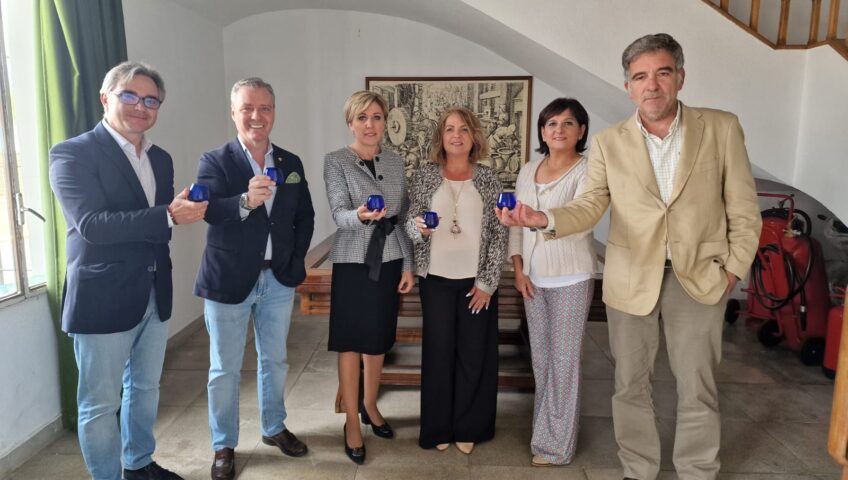 • The award ceremony will be next Friday, May 13, starting at 6:00 p.m., in the Assembly Hall of the Olivarero Communal Heritage.

EVOOs from all over the world have participated in the final tasting of the XII Pedro León Mellado EVOO Quality Contest, organized by the Montoro Olive Fair Consortium in collaboration with AEMO and the Fundación Patrimonio Comunal Olivarero.

The expert jury endorses the high level of the oils presented, with juices that have shown a set of varied flavors and smells typical of the diversity that gives the different origin and varieties.

The selection procedure -as indicated in the rules- has been the previous selection of finalists in green and ripe fruitiness by a panel of experts. The experts who have participated in this edition have been Lola Peña, José Antonio Torres, José Manuel Bajo, Rafael Félix Torres. Acting as director and panel leader, José María Penco. The jury has expressed the high level of the winning samples and has described the two winners in two categories:

Regarding the oil presented by Almazara de Muela, the jury highlighted that “on the nose it bursts with a very intense fruitiness of green olives, accompanied by a green of freshly cut grass. Subsequently, it presents nuances of wild and aromatic herbs, tomato and green banana. On the palate the juice enters sweet to later show a medium bitterness and a pleasant spicy chili pepper that grows and persists over time. As for the retronasal aroma, it culminates with an intense green almond. High persistence and complexity”.

For its part, the Molino del Genil Arbequina sample, in the opinion of the tasters, presents “on the nose a pleasant ripe fruitiness of medium intensity with clear almond and apple notes, it also surprises with a pleasant fruitiness of more ripe banana wrapped in cinnamon. On the palate it is very sweet, has an aftertaste of spices, and is bitter and slightly itchy in a balanced way. Very harmonic and elegant juice”.

This contest has all the guarantees, both of the origin of the samples, and of confidentiality in the tasting, as they are encrypted by Ms. Lourdes Salinero Cid, Notary of Montoro (Córdoba).