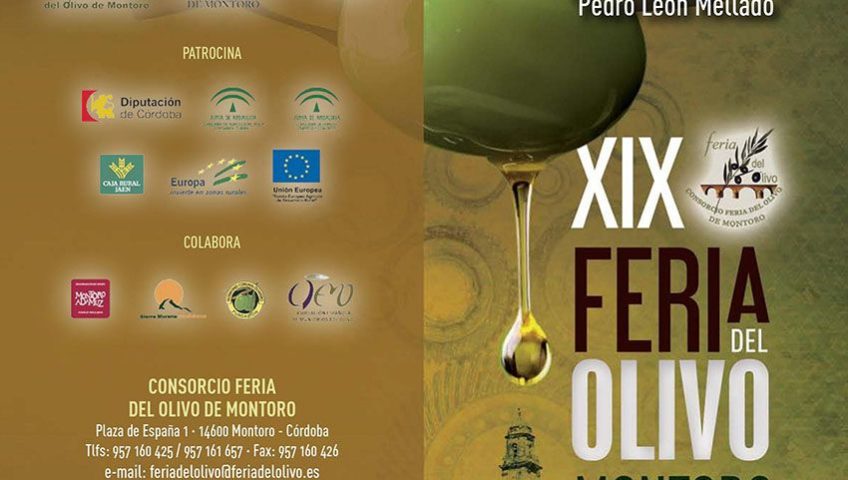 It has been ten years since the first edition of this contest organized by the Consortium of the Montoro Olive Fair, aimed at all producers in the country. The deadline for receipt of oil is open until 16 April at 3 p.m. and must be sent to the facilities of the Olive Oil Complex of the Fundación Patrimonio Comunal Olivarero, whose address is Cl. Estación, 6 Montoro (Córdoba).
The samples must come from a homogeneous production batch of at least 3,000 kilos. As a prerequisite for participation in the competition, each owner of a production mill may submit samples of no more than one batch of oil to the competition; in the event that the competitor submits samples of more than one oil, only the last one taken as recorded in the Notary Deed will be accepted.
In addition, only bulk Extra Virgin Olive Oils produced in the 2017/2018 season will be admitted to the competition if they comply with current legislation. These oils must meet the requirements laid down in Commission Regulation (EU) No 1348/2013 of 16 December 2013 and subsequent amendments for extra virgin olive oils. In the case of samples belonging to the D.O. Montoro – Adamuz, will also include the corresponding certification of the Regulatory Council of the same. The procedure for choosing the best AOVE will be similar to previous editions of the competition, which will consist of the coding of samples before a notary and then registered in the Olive Growing Complex of the Fundación Patrimonio Comunal Olivarero. Subsequently, a quality physical-chemical control, a tasting panel and a consequent classification of the oils will be carried out to help select the best sample submitted to the competition.

For the awarding of the prizes, a jury will be formed on proposal and presided over by the President of the Montoro Olive Fair Consortium (or person delegated by her/him) and made up of tasters of recognised prestige. The awards ceremony will take place during the Closing Ceremony of the Fair.